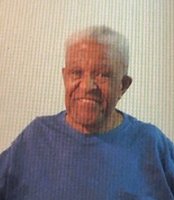 William Clay, Jr. was born November 2, 1926 in Dawson, Georgia to parents Ophelia Harris and William Clay, Sr. As a young man, he served in the United States Army as a Corporal in the Military Police and served in the Korean War. During that time, he married the love of his life, Joyce Louise Tate. From their union three sons were born, Elijah, Harvey and Robert. After his term of duty, he was employed at the Philadelphia Shipyard as a concrete mason until he retired. He was predeceased by his wife of over 50 years and his son Robert. He leaves behind a sister: Mildred Clay; sons: Elijah and Harvey Clay; daughter-in-law: Deidre Clay and Wanda Gregory and a host of nieces and nephews.