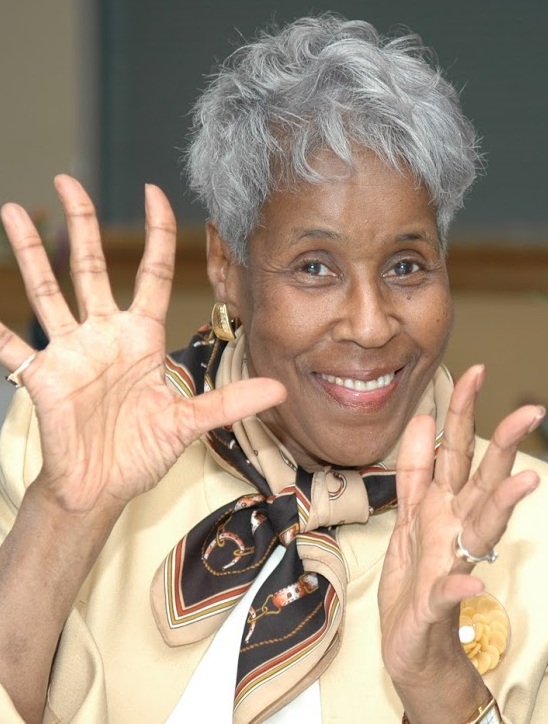 Harriet Speed, affectionately known as “Hattie” or “Bessie”, by close friends and family, was born to the late Ross Frazier Sr. and Clara Frazier on August 11, 1930 in Howellville, Pennsylvania, Chester County. She was the sixth of eight children born to that union: Lena, and preceded in death by brothers; Robert, Ross, Charles, and sisters; Athernette, Earnestine, and Hazel. In the early 1940’s, the family settled in Philadelphia, Pennsylvania, where Hattie attended West Philadelphia High School. The Frazier family was close knit and anchored in the Word of God. That foundation led Hattie to accept Jesus Christ as her Lord and Savior at thirteen years of age. During that time, she attended Liberty Baptist Church, where she was baptized. Active and outgoing, Hattie loved to sing and dance, and by all accounts, was a talented young lady. She loved dancing so much that she would often dance with a broom when her favorite tunes were played. She won a talent search for singing at the Fans Theater in Philadelphia, Pennsylvania. Following the talent search win, Hattie was well on her way to a career in entertainment, but her strongly conservative family and her faith steered her away from that life. This is a decision she never regretted. In 1957 a family friend introduced Hattie to a tall handsome young man named Howard Speed. A year later, on June 7, 1958 Hattie and Howard were married at Liberty Baptist Church in Philadelphia. Howard was originally from Anderson, South Carolina. They had three children: Pamela, Alan, and Judith. Hattie was a dedicated wife and mother who, after God, always put her family first. She showered her family with love, attention, affection, laughter, and truth. She loved her children and she loved her man, but would hold them to account when they were in the wrong… always with love. They remained happily married for 62 years and a good example of what a marriage with a foundation in Christ looks like. Additionally, anyone added to her family by marriage, birth, or kinship were welcomed by her with the same love, attention, affection, laughter, and truth that she showered on her immediate family. Her faith and family were the center of her world. She had six grandchildren: Reggie, Laja, Diane, Chris, Brittany, and Jordan. They all had close and special relationships with her. She held special connections with her in-laws, especially her son in-laws and daughter in-law: Sterling Baltimore, Bobby Hall and Yvonne Speed, loving them as she did her own children. Hers was a home filled with Christ, love and laughter. All her many nieces and nephews loved to be in her company, many claiming her to be their “favorite aunt”. Her niece Allie held a special place in her heart. Hattie enjoyed playing board games with her family. She said that it gave children a chance to see the adults in the family from a different perspective, other than from a place of authority. Her annual Christmas breakfast was a big event that started out as a family tradition, but later grew so big that two shifts had to be implemented to accommodate the friends that she also wanted to share this special holiday with. For over fifty years, from around 1970 to the present, Hattie and Howard were members of the Church of the Open Bible. She was an active and trusted member of her Church. She served as Church Treasurer for many years, until she was unable to do so because of her health. She was also an integral part of the Daily Vacation Bible School program, where she sometimes taught but was mainly in charge of the snack program for the children. Over the years, she developed many life-long relationships through her church. She loved the Lord and it showed, for she was a light and warm example of God’s love to all that were blessed to be in her presence. Hattie leaves a legacy of faith, love, laughter, affection, integrity, wit, and truth to her family here that will continue to celebrate her life. They include: her husband Howard; children: Pam, Alan, and Judy; grandchildren: Reggie, Laja, Diane, Chris, Brittany, and Jordan; sister: Lena; eight great-grandchildren; and a host of nieces, nephews, cousins, other family, and friends. She will be missed.