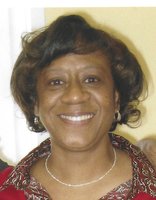 Joanne L. (nee – Armstead) Price, AKA “Jodi”, passed away on Friday, November 13, 2020 at the age of 68. Joanne was born in Atlantic City, New Jersey and raised in Pleasantville, New Jersey, by Shirley and Ralph Peterson, Sr. Joanne attended Pleasantville Public Schools, graduating from Pleasantville High School in 1970 and she also attended Atlantic Community College. Joanne was a member of Union Baptist Temple in Bridgeton, New Jersey under the Pastorate of Rev. Dr. Albert Morgan and was a hard and committed worker, working for Bell Telephone Company which later became Verizon and retiring after over 30 years of dedicated service. Jodi was considered as everyone’s “Aunt Jodi” and her boundless love all of her nieces, nephews and children of the community was always on display. Jodi could always be found being enthusiastically supportive at a basketball or football game of one of the family’s children. After retirement and overcoming some challenges, Jodi dedicated herself at being a care giver and provider to many, specifically the two most important people in her life, her father, Ralph Peterson, Sr. and her mother, Shirley Peterson. Jodi having never gone to nursing school, served both her parents as an in-home assistant doing all that she could to make their later years the best they could be. Jodi devoted herself to care for her father until his passing in 2014, then immediately began caring for her mother, Shirley, as she declined in health and eventually passing in 2018. She was not only their in-home nurse but also kept their home spotless. Zaire Forbey, Jodi’s beloved nephew, wrote this statement that sums up a part of what she meant to our family: “You finally get to rest, I watched you take care of everyone my whole life, your mom, your dad, your grandmother and even your former spouse until it was each their time to depart. You were always there for me, you taught me and taught me everything I know. You taught me how to read, write, add, subtract, multiply and divide and you were at every basketball game I had as a kid. You even taught me how to swim and I wouldn’t be what I am today without you. Although you didn’t have any kids of your own, nobody could tell that I was not yours.” Jodi loved to laugh and her smile would light a room up and she loved her family. Jodi is predeceased by her grandmother Lillian F. Jones; her mother, Shirley Peterson; and her father, Mayor Ralph Peterson, Sr. She is survived by her sisters, Jennifer Armstead and Michelle Armstead-Taliferro; brother, Ralph Peterson, Jr.; aunts, and a host of cousins, nieces, nephews and friends. Jodi also had special bonds with cousin Jill Wilson, Linda Brown, Linda Mae, Sheila Todd, Mayor Elect Judy Ward and cousin Rev. Kevin M. Peterson. Jodi has been given her wings. She has no more pain, but is now resting with her Lord and Savior, Jesus Christ, and joyfully reunited with Dear (her Grandmother), her mother and her father.