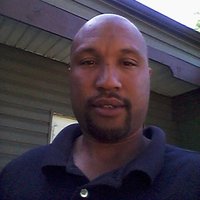 Keith V. Still was born on January 22, 1981 in Voorhees, NJ to Patricia Still-Coley and Jeffrey K. Self. Keith departed his life on April 2, 2021. Keith lived life on his own terms, he did it his way. Keith enjoyed basketball and was a good player. Michael Jordan was his favorite player of all times. Keith really enjoyed fishing. He would give up everything to go fishing. Keith loved his family, his friends and he knew the word. He didn't have much but he would give you the shirt off his back, his time and he would help you in any way he could. Keith will be missed by so many that it would take too much to write individually. Keith was predeceased by many family members especially his grandmother Martha Still 2014 and uncle James Washington 2010. Keith leaves to mourn his passing, his mother Patricia Still - Coley, his sister Allegra Bingham(Nate), his nephew Ayden Bingham, his uncle Joseph Washington, great aunts Mary Washington and Rebecca Daniels, great uncles Willie, Albert and Louis Washington, his godmother Glenda Jones - Epps, and his brothers which is what he called them Kevin Epps, Maurice Collins, Kenny Blunt, and Theron Riley, his father Jeffrey Self, brothers Jeffrey Jr, James, Andre' and their children and wives, sister Porscha, his grandmother Hazel Self (Willie), aunts Tracey (Larry), Jackie (Frank), Tina (John), Sherry(Clint), Karen, uncle Charles and all of their children, many special cousins and friends way too many to name but you know who you are. I appreciate all of you for the kindness that has been shown to us, Keith will be forever Loved and Missed. Sorrowfully Submitted by, The Family