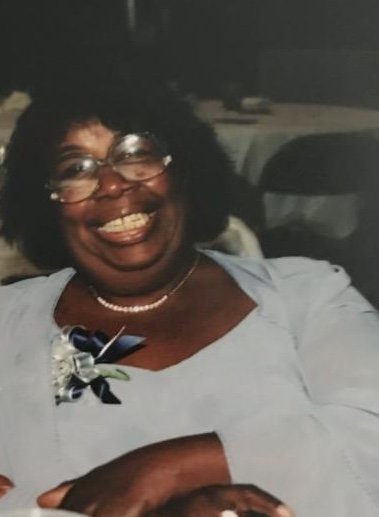 Jane Flynn was born in North Carolina on December 18, 1940, her parents were the late Claude Powell and the late Ethel Smith Powell. There were five siblings in the family. Jane was the oldest followed by Thelma (deceased), Angela, Bonnie, a brother Tilden and Claudia.

She attended Overbrook High School. It was at that time she expressed dreams of becoming nurse because she loved helping people. Jane met Hurley Peebles (deceased) they married and had four children ~Cheryl Bolton (Daniel), Andrea Peebles, Robin Peebles (Zach), and Rhonda Dantzler (deceased). There were also two other children that died as infants, Tonya and Roland.

When the marriage ended, she met her belated husband Terence V. Flynn. On June 16, 1964 they married. Together they ran a store called- TNJ Grocery. With the money they made from the store, they bought an apartment building and rented out apartments. There were seven children from this marriage -Teresa Flynn, Dana Coleman (Marvin), Terence Flynn, Jr. (nickname Pat) , Gerald Flynn, Marsha Flynn (Antonio) , Gina Flynn and Chris Flynn (Tenaya).

Jane attended a Nursing School/ Career Center in Philadelphia. There she obtained a nursing certificate and eventually her nursing license. She enjoyed taking care of others, and was a very devoted nurse. Years later, she started her own nursing business. She hired other nurses and made arrangements for them to work caring for patients in their homes.

Jane and Terence enjoyed traveling to a number of places around the world with their daughters Rhonda and Andrea. She traveled to Hawaii, Las Vegas, London, Paris, Florida and China several times.

Left to mourn her death are her remaining sisters and brothers, her children, 39 grandchildren, great grandchildren, and a host of nieces, nephews and friends.

Share Your Memory of
Jane
Upload Your Memory View All Memories
Be the first to upload a memory!
Share A Memory
Send Flowers