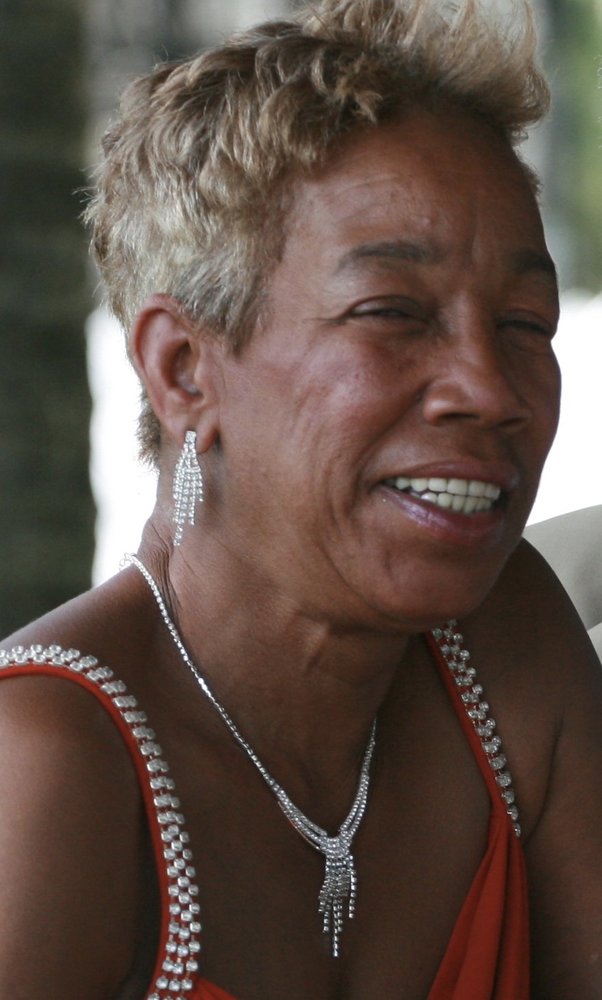 Sharon L. Baylock was born on March 17, 1951 and quietly transitioned to the sweet hereafter with her family by her side on Friday, October 25, 2019 in Voorhees, New Jersey.  Sharon was preceded by her late father Thomas E. Baylock (February 2008) and mother Emma Julia Baylock (August 2013) and her eldest son Damien E. Covington (November 2002) (partner Cashandra McQuarter).

The Baylock residence in East Berlin, New Jersey, where Sharon grew up alongside siblings, was filled with love, good food, friends and practical jokes. Visitors could enjoy warm welcomes and belly bursting laughter.  Sharon was the fourth sibling born and the second daughter. Summers were spent picking blueberries and often she visited relatives in Cape May, New Jersey where she stayed with Aunt Catherine and spent time at the beach. She attended John F. Kenndey Elementary School in West Berlin, New Jersey and Edgewood High School in Tansboro, New Jersey. In high school she was one of a dynamic group of field hockey players; they were exceptional athletes, known for their speed and strong sisterly friendship.

Sharon and John Covington became aquainted in high school after winning a dance contest in 7th grade; Sharon was an exceptional dancer! She graduated from Edgewood High School in 1969 and thereafter, John become the love of her life and longtime partner for 50 years. Sharon and John started a family and raised their children in West Atco, New Jersey.  Sharon brought warmth, love, and selflessness to this household.  Her joy for life, the outdoors and people were showered on her children.  Sharon was a supportive partner and a beacon of optimism for the dreams her children sought to accomplish.  Her support inspired her children to reach great heights.

As a hard worker and dedicated partner, Sharon completed a professional degree from the Harris School of Court Reporting in Cherry Hill, New Jersey.  Sharon worked at the NJ State Department of Labor, Tribunal Office for over thirty years and retired in 2009. While working at the Department, Sharon developed lifetime friendships, took on leadership roles, and was a local union representative for the office. She also provided service as a poll worker during local elections and as secretary to the West Atco Civic Association.

Sharon will always be remembered as someone who engaged in good deeds and stepped in to take on the role of caregiver to many of her loved ones in their time of need.

Share Your Memory of
Sharon
Upload Your Memory View All Memories
Be the first to upload a memory!
Share A Memory
Send Flowers