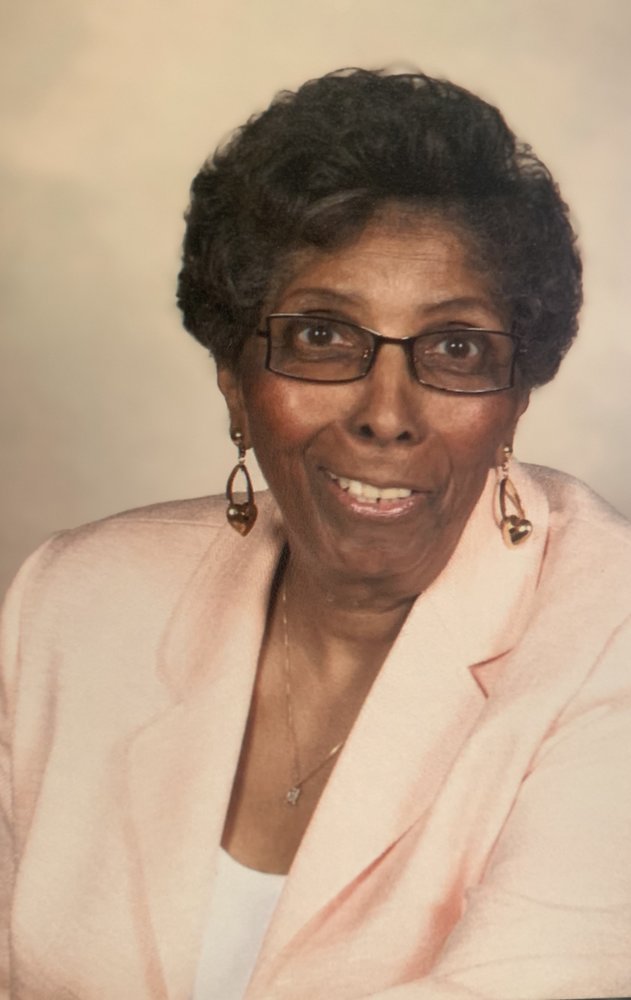 Clementine  “PeeWee” Brown, 82,   transcended on Wednesday, October 30, 2019, surrounded by her loving family. Born March 19, 1937, in Egg Harbor City, New Jersey to the late Clem and Pauline Mincey, she was the youngest and smallest of an older brother, James Mincey, and sister, Alice Richardson, who have both predeceased her– hence the name Pee Wee, that’s what she was called by her family and childhood friends.  Pee Wee was educated in the Egg Harbor City School System.  Afterward, she met and married Addison Brown.  That union produced two children, Jeffrey Brown and the late Melinda Brown.

Pee Wee worked as a factory seamstress in Egg Harbor City for many years.  After moving to Atlantic City and the factory closing, she landed a job as a teacher’s aide at the New Jersey Avenue School. She was advised by her big sister, Alice, to get her teaching degree, and she diligently pursued her studies at Glassboro State College. It was on and Poppin after that! She returned to New Jersey Avenue School as a teacher, educating and guiding children with love and discipline.

Clem Brown, as she was known in the New Jersey Education Association (NJEA) became the Atlantic County President. Clem served her term diligently and respectfully, traveling locally and around the USA through her years in Education. She mostly enjoyed attending the teachers' conventions, wherein she would get to enjoy the conventions and room with her big sister Alice, who educated students in Paterson, New Jersey.  The sisters enjoyed that well after retirement.

Pee Wee was a faithful member of the Shiloh Baptist Church, of Egg Harbor City,  serving as a member of the Women’s and Mass Choirs,  Pastors Aid, and the Special Projects Committee.  Her spiritual quest lead her to become a Missionary.  She was elected Atlantic County President of the Maude S. Walker Bethany Baptist Association and was honored in 2016 by the Bethany Baptist Association’s Women’s Auxiliary for faithful servanthood as county president. Enough Said, Job Well Done, My good and Faithful Servant. Job well done, my hero, my Mom.

Share Your Memory of
Clementine
Upload Your Memory View All Memories
Be the first to upload a memory!
Share A Memory
Send Flowers