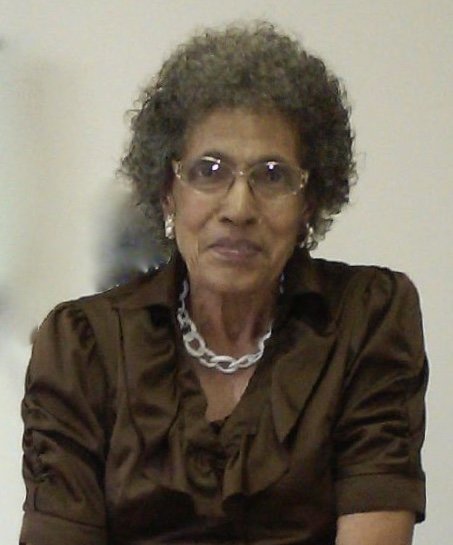 Ila N. Morris-Harmon was born in Sanford, North Carolina to Jerome Morris and Mable Gilliam. She was the oldest of three children, and her siblings preceded her in death.

At the age of fifteen, she moved to New Jersey to live with her aunt, following the death of her mother.

She attended Camden High School and after marriage and four children, she decided to obtain her G.E.D. and continued on to nursing school for her Licensed Practical Nurse diploma. She had worked at Ancora Psychiatric Hospital for fifteen years before returning to her hometown in Sanford, North Carolina. After a few years, she returned to New Jersey to enjoy the births of her grandchildren.

She was a longtime member of Christ Care Unit Missionary Baptist Church and Cathedral, where she served on the Usher Board for many years. She also was a Girl Scout leader in Lawnside, NJ for many years. She was also a devoted foster parent for several years.

Ila was not happy unless her hands were in the soil. She loved her flowers and gardening. Yellow was her favorite color.

Everyone knew if you wanted an honest answer, just ask her. She would give it to you straight. No fluff! If you knew mom, you knew her strength.

She leaves to cherish a life time of memories for children Raemona (the late Clem) of Williamstown, NJ, Iona (John III) of Pine Hill, NJ and Mark of Camden, NJ. She was a devoted, loving mother figure to many. She also leaves memories to her grandchildren, John IV (Jackie), Brandon (Erinn), Naomi (Tristan), Charles Jr., Kiona (James Jr.), Dominic (Jenna), Sheree and Framena; also, seventeen great grandchildren and a host of family, friends and her dog, Joy.

Share Your Memory of
ILa
Upload Your Memory View All Memories
Be the first to upload a memory!
Share A Memory
Send Flowers