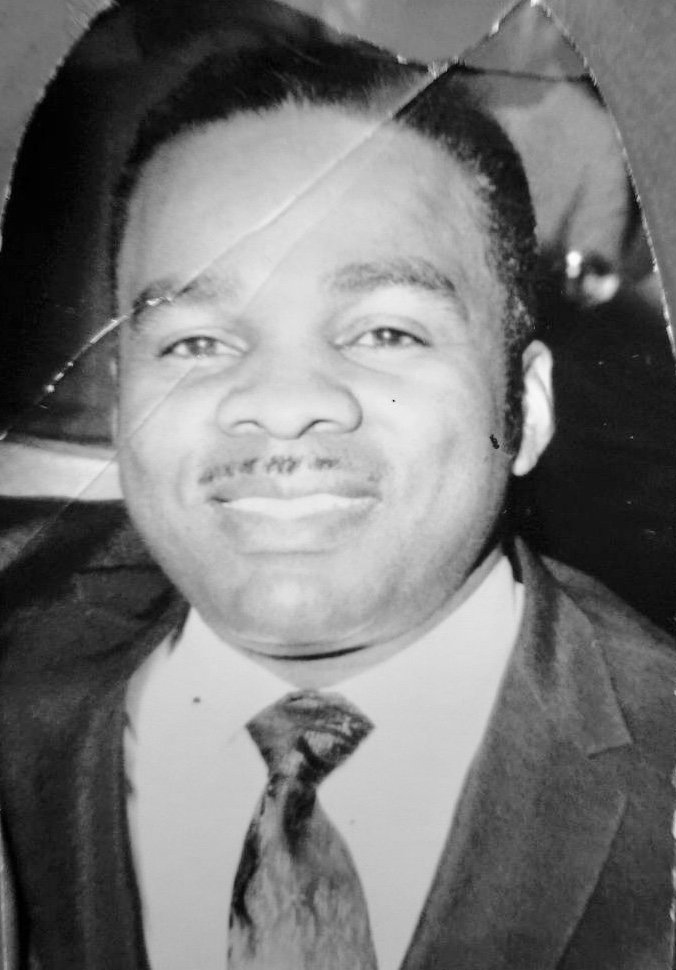 He attended school in Camden until he was drafted into the Army just short of receiving his high school diploma. While in the Army, he served as a medic, though trained as a sharp shooter. As a WWII soldier, he received 3 Battle Stars for Normandy Beach D-Day, Northern France and Rhineland, the Sharp Shooter Badge with Rifle Bar, WWII Victory Medal, European-African-Middle Eastern Service Medal, Good Conduct Medal and Three Overseas Service Bars. He recounted the time in the war when he guarded Hitler’s Youth POW’s and how they didn’t want the Black soldiers to touch them. He shared how the German POW’s could sit down and eat with the white soldiers in the cafeteria and while the Black soldiers, who put their lives on the line daily, could not.

After the war he returned home where he met Annie Evelyn Bond in Philadelphia, PA. He later married her in his hometown, Camden, N.J. Upon his return, he wanted to use his medical skills to make a living but the turbulent social and racial times did not afford him that opportunity; so he went back to school and received his GED. He continued his education attending an Art School in Philadelphia, launching his career as a Commercial Artist. That training and talent gave birth to “Bill the Sign Man” and a long career in printing and sign work at Acme Markets. Inspired by his father who owned the first black barbershop in the city of Camden, he became a successful entrepreneur known all over the city and beyond for his sign work and ownership of a store with his son, called “Coleman’s Merchandising.” They continued operating the business into the 1990’s while he continued sign work in his home studio, driving and delivering signs until he was almost 90 years old! It was amazing to see such a steady hand at that age.

Two days before he passed, he was surrounded by his children, grandchildren and great grands, who affectionately called him “Pop-Pop”.  He enjoyed a full day of fellowship, bible verses, songs and love. He responded to each one and said “I Love You.” He assured us also of his love for God and his desire to be Saved in His Kingdom. Although not a member of any church, his faith in God was important to him. He would always say, “I pray for you every day, Honor thy father and thy mother that thy days may be long upon the land which the Lord thy God giveth thee, and Do unto others as you would have them do unto you.” He would also say that he asked the Lord to keep him in his right mind to which he attributed  his long life and sharp memory for all of 94 years.

So many others who affectionately called him Pop-Pop or Uncle Billy as well as a host of nieces, nephews, cousins and other relatives and friends.

Share Your Memory of
William
Upload Your Memory View All Memories
Be the first to upload a memory!
Share A Memory
Send Flowers