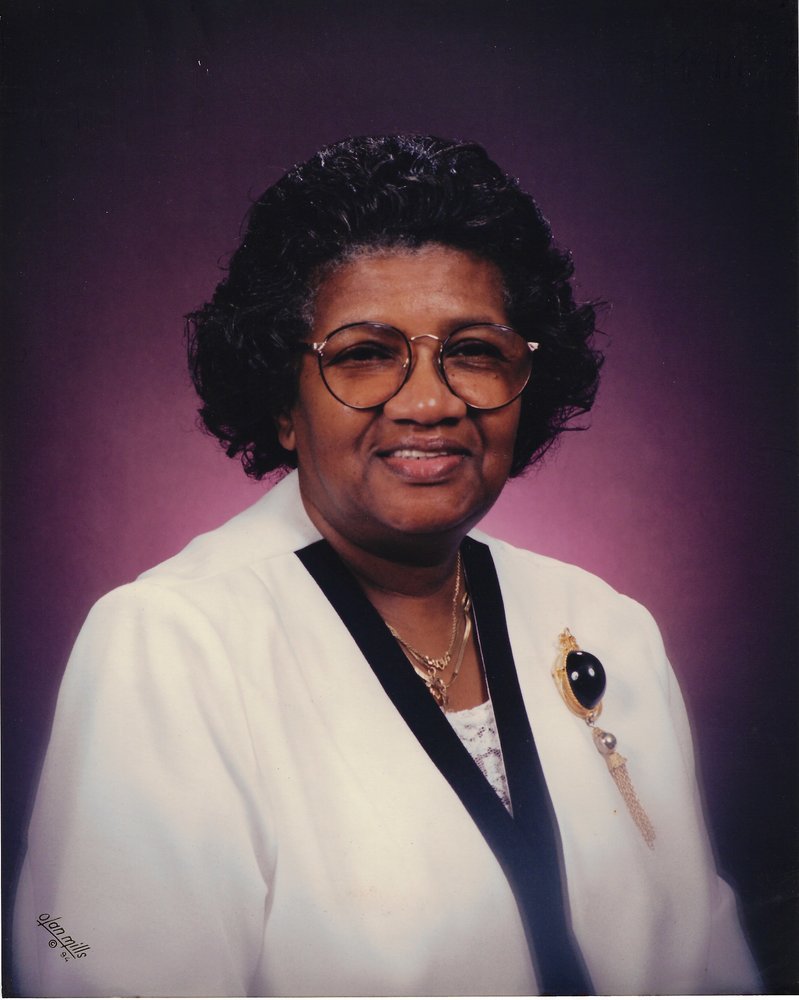 Obituary of Dorothy C. May

I was born on October 7, 1929 in Wilson, North Carolina.  Steven and Hattie Smith was blessed with me a precious little daughter, the youngest out of seven children.

My family later moved to Philadelphia, PA.  I was educated in the Philadelphia public school system.  I attended Morton McMichael Elementary School and Overbrook High School in West Philadelphia.

Later, I met and married William Cook.  I was blessed with four children, Marvella, William, Cleveland and Darryl.

I met and married James C. May in 1965.  I worked as a packer at Deer Park Cookie Factory.  I also worked as a bottle decorator for Avon.  I was a very hard worker.  I stopped working when James got sick.  I took care of James until his passing in 1987.

I loved sewing and I was very creative with it, if I say so myself (smiling), I loved cooking, eating, decorating and spending time in my garden.

I was baptized at an early age.  I attended Non-Sectarian Church of God and many other churches over some years.  I also attended CCU Baptist Church in Sicklerville, New Jersey.  I was a faithful choir member and attended as much as my health would allow.

I leave to cherish my memory (I mean cherish because I cherished all of my family & friends in good and bad). Three loving children, one daughter, Marvella; two sons, Cleveland and Darryl Sr.; one daughter-in-law, Gwen; one sister-in-law, Dorothy Smith; a host of grandchildren, great grandchildren and great great grandchildren and I'm sure many more to come.  I love you all!  A multitude of nieces, nephews, cousins, friends, and a church family that was very dear to me.

"I Am Resting In My New Home"

I Love You All!

Share Your Memory of
Dorothy
Upload Your Memory View All Memories
Be the first to upload a memory!
Share A Memory
Send Flowers