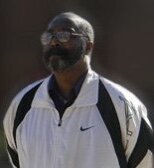 Please share a memory of Aaron to include in a keepsake book for family and friends.
View Tribute Book
Aaron James Walker, son of the late Reverend James S. Walker and the late Annabelle Walker-Nixon, brother of the late Edward "Goose" Walker and sister, the late Gertrude Walker, was born March 29, 1950 in Camden, NJ. Though he was born and lived half of his life in New Jersey, the Walker-Nixon family lineage dates as early as 1870 in rural counties along the Alabama and Mississippi state line. They would take many family road trips to visit relatives who still reside in those states today. As a child, Aaron loved to explore the woods and unpaved roads of the Florence Estates community where many of the early families resided. That may have been where he developed such an interest in the photography and art of nature. Aaron established many of his lifelong friendships with many families in Florence Estates. His favorite pastime was fishing in local tributaries and streams in South Jersey. Aaron graduated from Edgewood Regional High School (now Winslow Township HS) in Atco, NJ in 1969. He was also a member of the Edgewood track and field team and specialized in the high jump and high and low hurdles. Aaron received a full track scholarship and attended the University of Maryland-Eastern Shore. His major was Art Education, which he continued as a 38yr teaching career along with coaching track and field for 28yrs in Maryland. Aaron received many awards for his accomplishments, including the Maryland State House of Delegates Resolution, recognizing him for being Coach of the Year for Anne Arundel County, Maryland. He also led his teams to many championships including being awarded County champions. Aaron continued to live his life in Maryland and had 2 children. He attended Linthicum Baptist Church where he continued his faith and bible study. He developed many great friendships and stayed in contact with many of his students and track team members who all still called him "Coach". Aaron Walker's life was filled with many talents of which he blessed so many people. He is survived by his son Aaron Walker, Jr and his wife Shanae Walker, grandchildren Camaira, Faith and Gabrielle (MD); daughter​ Alyse Vines Clavijo and her husband Alex Clavijo (GA), niece Adonas Walker-Savage, her husband Damon, grandnieces and nephew Malaysia, Dai'Zhaner and Zaire Walker (NJ), along with extended family in New Jersey, Alabama and Mississippi.
Print
Friday
28
October

Look inside to read what others have shared
Family and friends are coming together online to create a special keepsake. Every memory left on the online obituary will be automatically included in this book.
View Tribute Book
Share A Memory
Send Flowers
Plant a Tree